Pumping up the pressure

After puncturing (twice!!) at the Glasgow Nationals, I was determined to move on and put that behind me. There has been so much going on recently for Team MazingTree and the pressure has been rising.


Starting with the South west circuit championships. For some reason I decided to do this as my second ever road race...although luckily I didn't have to do it on my old cross bike this time. All thanks to Certini who leant me a Specialised Tarmac Carbon! It was the perfect fit for me and felt so smooth to race on. I managed to stick with the main pack and had a massive sprint finish for 7th place (to be confirmed). It was an awesome race, although it did leave me feeling slightly dizzy from going in one direction and confused about where the roots and jumps were. 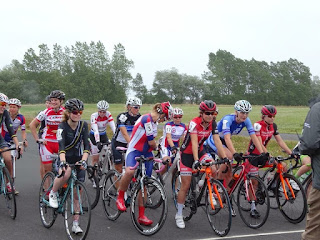 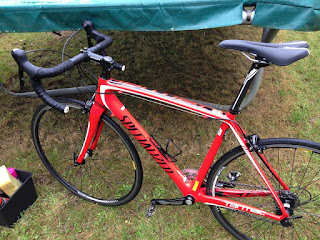 Next on the agenda was the National XC Championships at Hadleigh Farm Park, the Olympic mountain bike course.

Me and mum both packed our body armour for this course after several team members were injured two tears ago. Luckily, the course has improvements that make it slightly safer, although just as technical. The few modifications that were made meant there were far less injuries which can only be a good thing. After a morning of yoga and lying in the shade, it was time for our race. With my mechanic and pit crew slightly out of action with a broken scapula and clavicle, I was determined not to puncture and make it safely round.


My main competitor for third place, Rebecca Preece, unfortunately crashed out at the start which was a shame as we would have had a good battle. Bethany Crumpton and Lucy Grant got a good lead and I managed to stay in third, and was pleased to get a bronze medal in my first Elite U23 National Championships. 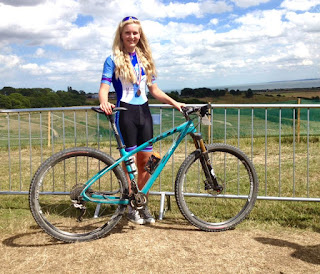 My mum had a very exciting race with Elizabeth Clayton, finishing one second apart in a sprint finish! This put her in fifth place against some very tough competition.


There was no stopping after that though... the weekend after was the Bontrager 24/12, a huge mountain bike event at Newnham Park. People travel all over the country to go to it, but for me and many others it was right on our doorstep. You can enter various different events, choosing to take part in the 12 hour race or the killer 24 hour race, as a team or even solo!

MazingTree race team joined with other teams to get involved.  My mum joined Sam Clifford, riding for Rockin’ Bikes. They did really well competing in 12 hour pairs from midday on Saturday through to midnight, coming second place.

I joined up with the Yeti XC Racing guys (lucky me) and we took first place in the mixed team 12 hour event. For me, being in a team made it a very tough interval session, as I was on and off the bike lots throughout the rotation. Overall it was about 4 hours each of very high intensity riding! It was really exciting when it came to the darker hours as the atmosphere out in the woods was very eerie, but when you came through the arena you would get so much support. Although our team finished at 12am, many other teams carried on throughout the early hours of the morning into the next day. We stayed cheering them on until about 5am, as the atmosphere was great - before leaving them to carry on in the rain.


The Pilgrim Flyers a local youth riding club, also had a team entered. They were against many adults and not only completed the 12 hours, but got a great result too, finishing in 5th place. Their coaches, Maddie and Jay Horton rode 24 hours as a pair and won. The mad pair rode all through the night with no sleep to attain their victory.

It was a really sociable event with many local club riders and racers attending to support. There were a lot of our Yogi MTB club members entered. I think they enjoyed the BBQ and banter, as much as the riding. 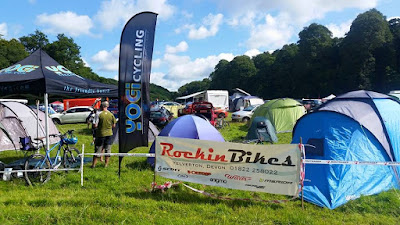 Now that's done, all the fun and races have ceased for a couple of weeks, so I am making the most of a lazy Saturday.
It won't be long though until my season finale. The last round of the World Cup series in Italy, Val Di Sole. I'm so excited to experience riding amongst the worlds best and looking forward to sharing it with Bethany Crumpton, Anna Cipollo and Verity Appleyard.

Thanks to my coach Roy Wyle Smith of EliteVelo cycle coaching for all the support I have been given over this season. Also to the Pilgrim Flyers and Yogi Club for the fun times we have shared training together.

It has been one heck of a year!
Posted by Unknown at 13:45 No comments: